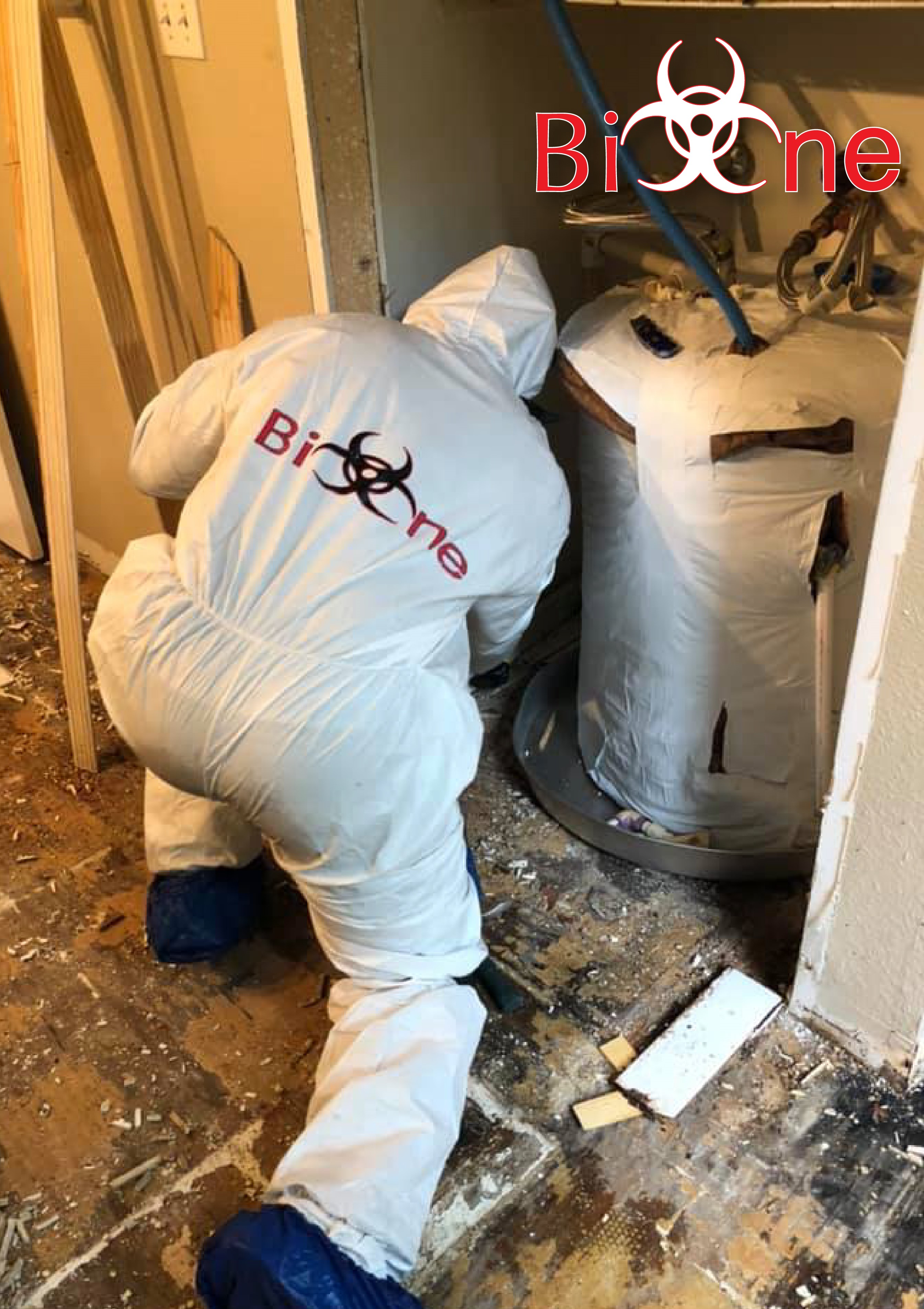 An unattended death occurs in solitude. It often takes several days before somebody suspects that something is wrong. Sometimes it takes weeks, months and even years. When phone calls, text messages and emails go unanswered, friends, family members and landlords check in on the person at home, only to find that they’ve passed. If you’ve been in this position, you’re not alone. It happens more often than you might think.

Discovering an unattended death can be an emotionally wrenching experience. It’s even more traumatic when the victim is a loved one. Although you may feel obligated to clean up the remains yourself, there are several reasons why you shouldn’t do that.

For one, it’s dangerous. Body fluids from corpses release dangerous pathogens into the immediate area, creating a hazard for anyone without personal protective gear. To understand why this happens, you need to know how the decomposition process of the human body works. When someone dies, bacteria in the body lose the nutrients that keep them sustained. They look for other food sources to nourish themselves, and end up settling on the organs. These organs, which include the liver, the pancreas and the intestinal tract, are broken down with remarkable speed. To put this feeding process into perspective, there are trillions of bacteria in our bodies. That averages to about four pounds of bacteria for a 200-pound adult. Operating all at once, bacteria remove all the organs from the body within a 48-hour window.

Depending on the temperature and humidity of the room, the skin will begin to tear within this timeframe, allowing biohazardous materials to seep from the body. Rising pressure from the body’s gasses will quicken the process, releasing a terrible odor that’s often referred to as the stench of death. Sometimes, these gases will even cause the body to explode. As harmful pathogens pool on the floor, they release noxious gasses into the air, which can be inhaled through the nose and mouth. People who haven’t been trained to deal with biohazard remediation should remove themselves from the scene to escape these fumes and other threats from the decomposing body. Although it may not be obvious, people who approach a body without safety equipment risk exposing themselves to disease. Proper precautions must be taken, which brings us to another reason you shouldn’t embark on this endeavor yourself.

You likely don’t have the training or equipment to safely dispose of human remains. Gloves, goggles, respirators and body suits are necessary to protect yourself against airborne and bloodborne pathogens. But they’re not enough to keep you safe. Biohazard remediation follows a regimented process to sanitize the area safely and effectively. The chemicals allotted to clean decomposing bodies are regulated by the state. Thus, over-the-counter solutions simply aren’t powerful enough to remove and decontaminate body fluids soaked into the floor. While a surface may look clean, harmful pathogens will linger behind and pose a threat to others if the proper chemicals haven’t been used. Bio-One hires certified technicians that have the training and materials to thoroughly sanitize and disinfect an area contaminated by biohazardous waste. Moreover, they carry chemicals that can effectively deodorize the scene, which often proves difficult to do for death odors.

You also don’t want to clean up human remains if you’re connected to the deceased. If you do so, you will only exacerbate your trauma and prolong your grief. Asking professionals to take care of the task will not only spare you additional anguish, it will leave you assured that the job is done right.